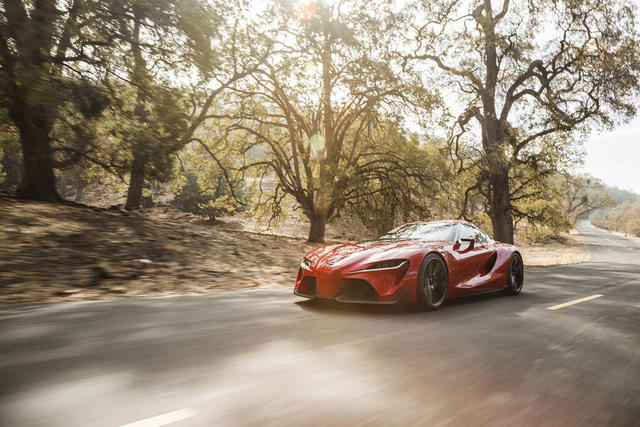 Toyota is making big waves at day one of the 2014 North American International Auto Show. The Japanese company chose Motown as the global stage to unveil its latest concept car, called the Toyota FT-1 Concept. Why not just call it the new supra.

The FT part of its name stands for “Future Toyota” while the No. 1 suggests it’s the ultimate. I mean, who wants to be number two.

The Toyota FT-1 Concept is an aggressive, track-focused sports car. It’s got a front engine and rear-wheel drive, but more on the powertrain in a minute. This car supposedly indicates the company’s future styling direction. In fact they call it the “spiritual pace car for Toyota Global Design,” which sounds like a really big deal. 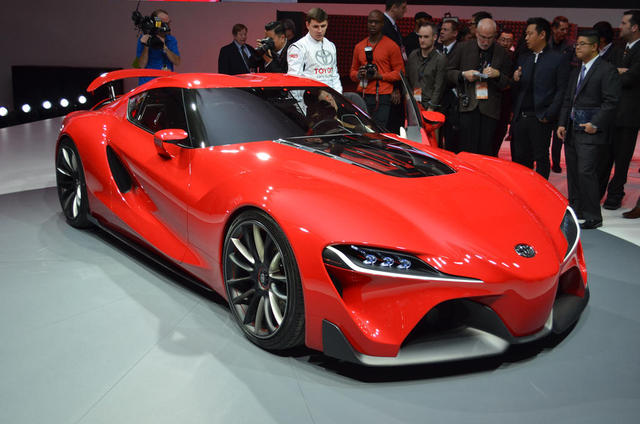 The Toyota FT-1 concept is a stake in the ground that signifies no more boring cars for Toyota.

“It really expresses the direction that we’re moving in and the company that we’re evolving into, which is one that develops more exciting vehicles with heart,” said Kevin Hunter, president of Toyota’s Calty Design Research studio, in a one-on-one interview ahead of the concept car’s unveiling at the Detroit auto show.

The FT-1 has design elements that pay homage to past Toyota sports cars. The slant of the roofline and the wraparound windshield with blacked out roof pillars evoke the styling of the 2000GT, a slinky two-seater built from 1967 to 1970 and famously featured in the James Bond film “You Only Live Twice.” The rear of the FT-1 pays homage to the last generation of the Supra, called the Mark IV, which was built from 1993 through 2002. 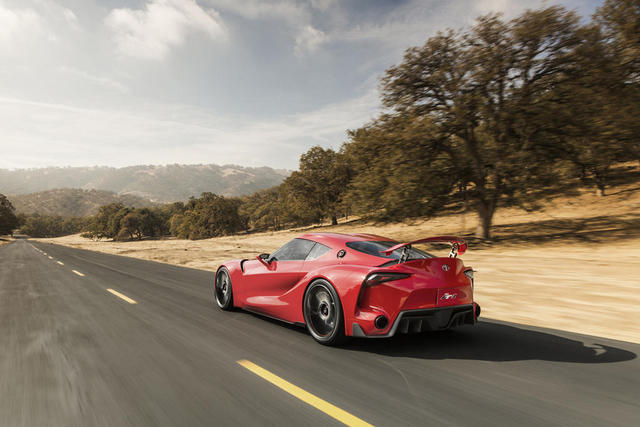