Honda and Top Gear Get Together to Build a Lunatic Lawn Mower That Does 0-60 in 4.0 Secs 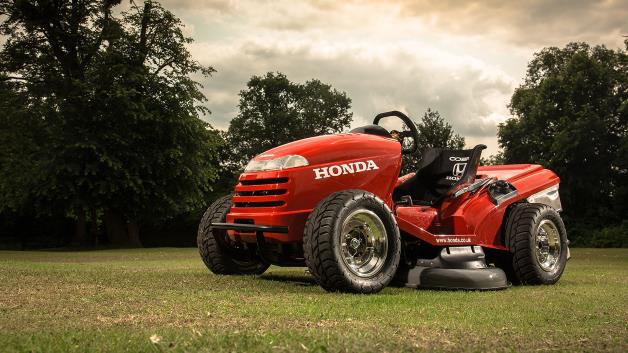 Taking up a challenge from Britain’s Top Gear magazine, Honda has built what it says is the world’s fastest lawn mower, a monster machine that purportedly can go from 0 to 60 mph in about 4 seconds flat.

The mower sports a space frame chassis, a 1000cc motorbike engine, bespoke suspension and tires from a racing ATV. It clocked a mere 100.03 mph on a recent test spin on track at Top Gear’s annual Speed Week event, though Honda says the machine is capable of reaching 130 mph.

“What do you get if you take one lazy Sunday afternoon, one British Touring Car champion and the world’s fastest lawn mower? Well here’s your answer,” Honda teased.

“Having driven it, I’ve never been so terrified. It accelerates like a rocket and, like any mower, there aren’t any seatbelts,” Ward was quoted as saying in a press release.

Added Ellie Ostinelli of Honda U.K.: “Our brief was very straightforward — we wanted a super-fast lawn mower which retained the look of a mower, but above all else, it needed to still cut grass.”

The Honda-Top Gear project was “in response to an as yet untapped requirement for extreme lawn-care equipment,” the two parties said.

Honda also hopes the project will increase its “sporty” credentials, according to BBC News.

No word yet on whether you’ll ever be able to buy one to mow your lawn. You might be better off watching the grass grow.